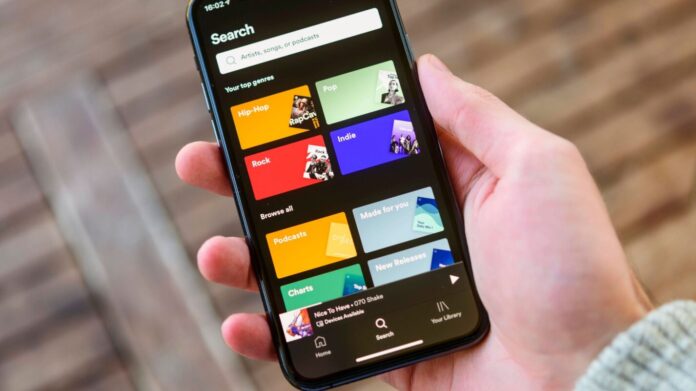 Omnicom Media Group plans to spend $20 million on advertising in podcasts distributed by Spotify Technology SA under a deal covering the second half of this year, the companies said.

It isn’t the first plan for significant spending ahead of time for the fast-growing podcasting industry. iHeartMedia Inc. has been handling much of its podcast sales through upfront negotiations for almost a year, according to Conal Byrne, president of the company’s iHeartPodcast Network.

But advertisers typically sponsor individual series when it comes to podcasts, where advertising is growing rapidly but remains relatively small. Marketers are projected to spend $863.4 million on advertising in U.S. podcasts this year, up from $678.7 million in 2019, according to the Interactive Advertising Bureau and PricewaterhouseCoopers. By comparison, ad revenue from digital video in 2019 was $21.7 billion, the IAB said.

“It’s a big deal, a very big deal versus what we’ve done in the past,” said Catherine Sullivan, chief investment officer at Omnicom Media Group North America. Clients spent several million dollars through Omnicom to advertise in podcasts in 2019, she said.

“We know that audio works very well at increasing consumer attitudes and driving action, but we believe that adding addressability to the podcast format may increase metrics even further,” she said.

The deal also calls for collaboration on research and a first crack at new shows for Omnicom Media Group clients, which include McDonald’s Corp., PepsiCo Inc. and AT&T Inc.

Big media and technology companies have been trying to capture more of podcasts’ growth for themselves, and to accelerate it.

Spotify last month formed its own pact for superhero podcasts from the DC unit of AT&T Inc.’s Warner Bros. Entertainment Inc., plus other fiction podcasts using Warner Bros. properties. It also has acquired podcast producer Gimlet Media Inc., podcast publisher Anchor FM Inc. and the sports-and-pop-culture publisher the Ringer, which makes many podcasts. It is planning a criminal-justice podcast co-produced and co-hosted by Kim Kardashian West, and recently won exclusive rights to the popular podcast from Joe Rogan in a licensing deal the Journal reported is worth more than $100 million.

Podcasting’s rise has been slowed in part by fragmentation and the lack of digital marketing tools such as addressability, said Dawn Ostroff, the chief content and advertising business officer at Spotify. “There’s not even a unified metric by which podcasts are being looked at by advertisers,” she said.

In January, Spotify introduced a method of letting advertisers know how many people heard a given ad in a podcast, rather than through the common method of counting downloads for an episode, and to insert ads in podcasts that have already been recorded. The technology, Streaming Ad Insertion, also provides insight into the audiences reached and marketing outcomes, Spotify said.

The spread of ad technology and better measurement will encourage larger ad buys in podcasting, but it is still early going compared with other digital media, said Zoe Soon, vice president at IAB’s Consumer Experience Center of Excellence.

“Those are all things to crack,” she said.

Microsoft is said to be planning to take over Netflix.

How companies understand the chain of effects of their decisions –...

Meta: No more targeting based on sensitive data.