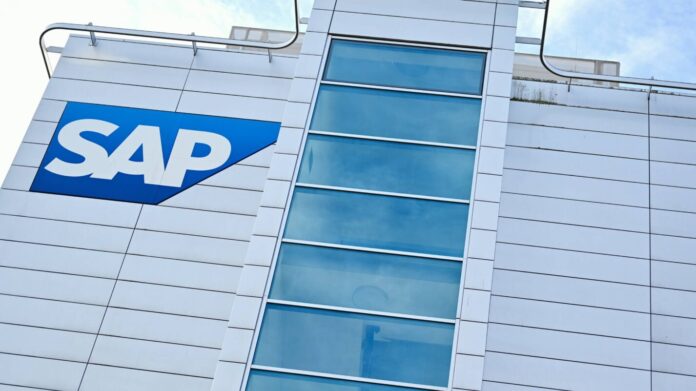 Adjusted for special effects, earnings before interest and taxes climbed 8 percent year-on-year to EUR 1.96 billion. That was significantly more than analysts had previously expected at around EUR 1.8 billion. “Our quick response to the cost crisis encouraged a sharp increase in operating profit and margin,” said SAP CFO Mucic.

Sales also rose surprisingly by 2 percent to EUR 6.74 billion. Most of the experts had expected a decline. “I am very proud that our teams have successfully mastered the very difficult environment and achieved a better quarterly result than expected,” said CEO Klein. The Group’s wide range of offers plays a crucial role in digitization among customers. “This enables our customers to emerge from the crisis stronger,” said Klein.

Revenue was once again driven by the cloud software business, which grew by around a fifth to EUR 2.04 billion. SAP usually records even higher growth values ​​here. However, business in the second quarter was impacted by lower volume-dependent transaction revenues due to the Corona crisis – for example, at the Ariba procurement platform, SAP is earning money from the volume of trade that was handled, which may have suffered in the economic downturn.

However, the order backlog of the cloud contracts already concluded is likely to have grown by a fifth, it said. The demand for digital logistics chains, e-commerce, the cloud platform and solutions from the market research subsidiary Qualtrics is still high.

Despite the 18 percent decline in license-sensitive license revenues, SAP performed significantly better than feared. Analysts had expected an even more severe dampening. In the first quarter, lucrative one-off sales had already collapsed due to the corona pandemic. Asia and Japan in particular have now experienced a strong recovery in the business, it said.

SAP confirmed the lower annual forecasts after the first quarter. After the corona crisis had a significant impact on the global economy in the last month of the first quarter, business activity gradually picked up again in the course of the second quarter, SAP said. SAP did not initially provide figures on the net result; SAP will present the detailed results on July 27.

Author Amardeep Kaushal - February 23, 2021 0
In the course of the corona pandemic , the question is often raised of how justified the lockdown measures are. It is also a matter of weighing...

Dealing with Cyber Security Challenges in a Post-COVID World